Two campers are in the outback when one is bitten on the backside by a poisonous snake.

“I’ll go into town for a doctor,” the other says. He runs ten kilometres to a small town and finds the only doctor busy delivering a baby.

“I can’t leave,” the doctor says. “But here’s what to do. Take a knife, cut a small mark where the bite is, suck out the poison and spit it out.” END_OF_DOCUMENT_TOKEN_TO_BE_REPLACED

An ornithology professor had been teaching his students how to identify Australian birds and pulled a surprise test. Twelve large stuffed specimens were standing on the desk of his lecture theatre with bags over their heads. He then asked the students to write the names of each species merely by looking at their legs and feet and said that the test would be worth one third of their semester assessment.

A student in the front row was clearly agitated. He stood to his feet and threw his pen to the ground as he complained that this was a ridiculous task and that it wasn’t fair to have such a heavy weighting on a task that he couldn’t properly have prepared for.

Annoyed at being challenged so abruptly, the lecturer turned to the student and demanded to know: “And what is your name?”

The student promptly rolled up one leg of his trousers and sarcastically suggested, “Well, how about you tell me?!”

A woman walks into a large bank’s main city branch and asks to borrow $5,000 for her upcoming holiday. “Sure,” says the loans officer, “but we’ll need some collateral.” The woman hands over her car keys and says, “You can take my Rolls Royce.” Startled, he asks its value and is told that it is worth $400,000 and that she has the proof of ownership. END_OF_DOCUMENT_TOKEN_TO_BE_REPLACED 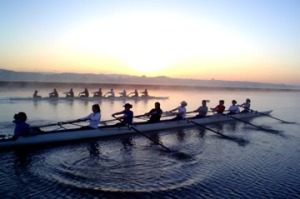 A Japanese and an American company decided to have a rowing race. Both teams practised ahead of the main event, but the Japanese won by a mile. The Americans appointed a management team to investigate the defeat and make appropriate recommendations. END_OF_DOCUMENT_TOKEN_TO_BE_REPLACED 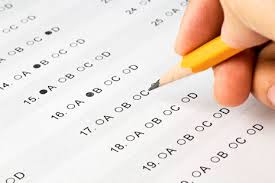 A memo I found which maybe shows what we read in Isaiah 55:8, that God doesn’t see things the same way we do!

Thank you for submitting the resumes of the 12 men you have picked for management positions in your new organization. All of them have now taken our battery of tests; we have not only run the results through our computer, but also arranged personal interviews for each of them with our psychologist and vocational aptitude consultant. END_OF_DOCUMENT_TOKEN_TO_BE_REPLACED 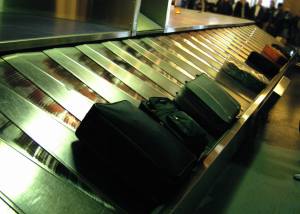 A businessman walked into the Melbourne airport, carrying his briefcase and two suitcases.  He went up to the check-in desk and the attendant asked, “And where will you and your luggage be flying today, sir?”

He replied, “Well, I’m flying to Sydney, but…”, pointing at each item of luggage in sequence, “I want this sent to Perth, this sent to Brisbane, and this sent to Adelaide.”

The attendant blinked, somewhat taken aback, and eventually managed to say, “I’m afraid we can’t do that for you, sir.”

To which the businessman replied, “Why not?  You did the last time.” 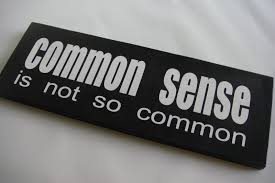 Today we mourn the passing of a beloved old friend, Common Sense, who has been with us for many years. No one knows for sure how old he was, since his birth records were lost long ago in bureaucratic red tape. He will be remembered as having cultivated such valuable lessons as: knowing when to come in out of the rain; why the early bird gets the worm; life isn’t always fair; and maybe it was my fault. Common Sense lived by simple, sound financial policies (don’t spend more than you can earn) and reliable strategies (adults, not children, are in charge). END_OF_DOCUMENT_TOKEN_TO_BE_REPLACED 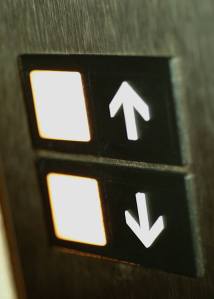 An Amish family were travelling through a city in their horse and cart when Ma decided she needed a toilet stop at a large five-star hotel. “Awww, Ma, not in the big city with all them fancy gadgets”, drawled Pa, who hated technology and crowds. “When ya gotta go, Pa, ya gotta go,” she replied.

He reluctantly waited in the foyer with his children after ‘parking’ outside and was momentarily dazzled by the marble interior of the fancy hotel foyer until something caught his eye. He watched a small elderly woman enter an elevator, saw lights overhead and then the doors opened. Out stepped a tall and stunning twenty-something-year-old blonde.

A lady was up on charges of theft before a judge who asked her what she stole.

“A can of peaches,” came the response.

The judge asked, “Why did you do it?”

After telling him that she was simply hungry, the judge wanted to know how many peaches were in the can. The woman thought about it a moment and said, “Altogether, six.”

The judge then gave his pronouncement. “Six peaches? Then I’m going to sentence you to jail for six days.”

The woman’s husband leapt to his feet beside her and insisted on saying something on behalf of his wife.

“Yes,” the judge motioned abruptly, “What is it?”

The man replied, “She also stole a can of peas.”

A boy walks out of a shop showing off a Mars Bar he has stuffed into his pocket. He brags about stealing it and taunts a younger kid from school to do the same.

The junior succumbs to the pressure, but figures out a way to escape the predicament and stay in the good books. He goes in and steals a Mars Bar, too. He opens it and stuffs it in his mouth before anyone can intervene.

“Hey, you!” the shopkeeper growls. “What do you think you’re doing?”

Waving his hand and snapping his fingers, he exclaims, “You will now find that the Mars Bar has miraculously transferred to the pocket of my friend here!”

All text on this site is copyright Rob Nyhuis. It is a criminal offence and a violation of Christian ethics to use this information in any form without permission from the author.
RobNyhuis.com
Blog at WordPress.com.
Loading Comments...