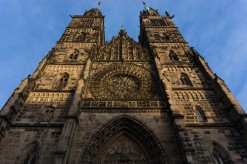 The religious discrimination bill was hotly contested in Australia last week, but social debate seemed to overlook some of the key reasons it was first proposed. Introduced to strengthen protections in the face of state-based discrimination laws, it has more recently become aligned to fears that school students who are same-sex attracted or gender dysphoric will be marginalised. A key to better understanding what is at stake here is been found in consideration of the various freedoms, rights and responsibilities that need to be balanced for all stakeholders, including people of faith.

1. The freedom to express a religious belief.

The fundamental purpose of the bill was certainly not to allow religious schools to expel certain students. Fear concerning this outcome is understandable in the face of several schools’ attempts to secure pledges from their families to avoid unpleasant enrolment consequences. The original intent of the bill was, however, to protect certain necessary discriminations, such as the ongoing employment rights of organisations in regard to new positions. This was to be balanced by the assurance that there would be no threat or harassment to any individual or group.

The question remains, though, whether any organisation should or should not be free to expect its members to adhere to core beliefs and practices as a condition of belonging. Some have argued that a truly free society offers multiple options and that families considering private school enrolments, for example, should be permitted to choose a closed enrolment policy with strict adherence to particular faith standards. The issues at stake might resemble those where a commercial provider offers services only to certain customers in accordance with their beliefs

Is it not an intrusion on religious freedoms when a secular government makes faith-based determinations, albeit to protect clients who nevertheless have other options? Is it unreasonable for one’s freedom of belief to be rejected because changing social norms can seemingly dictate those which are allegedly unreasonable, even hateful?

Naturally such beliefs must respect certain other lawful freedoms, but it seems that our increasingly litigious society struggles to determine an appropriate balance point with respect to existing laws, hence the need for this further protection. The proposed legislation was to maintain important safeguards by including a reasonable person test with respect to discrimination so as to prevent vilification or intimidatory behaviour.

The fact that unorthodox beliefs systems could also theoretically be protected under the newly-proposed legislation means there has certainly been cause for concern, but this fact has apparently garnered little interest. It seems that Christianity in particular is deemed to be feared for its biblically-informed beliefs upon which those opposed to it feel free to adjudicate, despite the new legislation’s clear protections.

The question of whose freedoms should ultimately be protected (and how) have not yet been resolved.

2. The right to determine employment standards.

An early provision in the proposed legislation sought to prevent employees from being sacked due to their beliefs. It was removed and thus presumably safeguarded the interests of those concerned by the possibility that hate-speaking would be enabled. Remember Israel Folau in 2019? We surely need to be clear in any democratic society that the act of holding sincere beliefs which are respectfully expressed as personal or organisational opinions is not itself a hate crime.

Consider an organisation’s clientele, too. If damage is potentially done when certain beliefs are expressed, then the beliefs undergirding them will (if maintained) warrant some empathetic, responsible and reasoned justification. More importantly, the articulation of belief and practice needs clarity before such clientele can be expected to sign on and engage the services that such organisations seek to provide.

Assuming such clarity exists, then, why should such an organisation be prohibited from requiring that any or all of its staff or clients adhere to its policies? Why, too, can it not determine which prospective employees are best able to do so? Potential employers currently discriminate on all manner of criteria but external standards are increasingly ascertaining what discrimination is or is not acceptable.

This issue is at the heart of the legislation being considered. The rights of people not to be infringed against must surely be held in careful balance. Organisations and the majority of their constituents are at risk of such infringement, given that dissenting individuals are protected with or without these new laws.

The issue of employment rights has therefore also not yet been resolved.

3. The responsibility to be consistent.

Having worked in Christian Schools for seventeen years, I was acutely aware that much of the faith-based impact they offered was relational and incidental. Very few course documents showed any genuine attempt to weave faith-based perspectives into the curriculum in a meaningful way. Even when requested, little was done to supplement the very same textbooks being used in secular schools.

Christians schools need to life their game. It seems many already are. It is difficult to expect, however, that the right to employ teachers and ancillary staff in accordance with values should not come with the commensurate responsibility to align those values to their coursework and policies. If a school suggests that its ethos and point of difference must be safeguarded, then the need for such protections should be thoroughly demonstrable.

If, too, a Christian school is to mount a biblical argument against the same-sex relationships of its teachers or students, it might want to consider how consistent it has been in regard to all intimate relationships if truly believing that any pre-marital or extra-marital sexual relations and unjustifiable divorces are still forbidden by unchanging Scriptural prohibitions.

It seems the issue of exercising responsibility to maintain consistent standards is, too, a long way from resolution.

So, do we need a religious discrimination bill? Perhaps not if its intent can be achieved in some other way. The Universal Declaration of Human Rights and the Australian Constitution provide freedom of religion in theory but don’t enforce it in fact. Existing anti-discrimination legislation could be amended. The Racial and Religious Tolerance Act a generation ago and the newer Conversion legislation in Victoria have generated fear around the suppression of certain faith-based practices. These fears seem unfounded to some, but the newer set of laws risk draconian interpretative consequences according to others. At the very least, they have generated unintended consequences which are adversarial to many people of faith.

Sadly, the experience of many religious leaders in Victoria is that there is little genuine interest in their concerns shown by senior politicians who seldom consult with them on legislation. Greater dialogue could helpfully streamline provisions via some amendments to existing laws which would surely respect all competing interests.

Yet what hope do we have of such an outcome? Even the leader of the opposition, in an early online opportunity to engage senior leaders of multiple Christian movements during last year’s lockdowns, acted with dismissive hostility to respectful questions about such matters. The government itself offers no such audience to begin with, sometimes even resorting to childish name-calling to silence dissenters.

What have we come to when the schools we adjudicate upon display better behaviour than that observed in the parliamentary houses of our elected leaders?

Respectful discourse is a dying art. Dialogue and empathy all too often make way for forceful assertions of presumed rights. Social media appears to have created a ‘majority wins’ mantra by which  mild-mannered conservatives are hustled to the margins of debate.

Ultimately, only consultative leadership exercised by those with the power to enact meaningful change will bring legislative breakthrough. When governments rule for all, and not for popular causes with vote-scoring interest, we will then see the very protections that Christian schools, other religious organisations, and non-faith-based sectors of society all ultimately seek anyway.