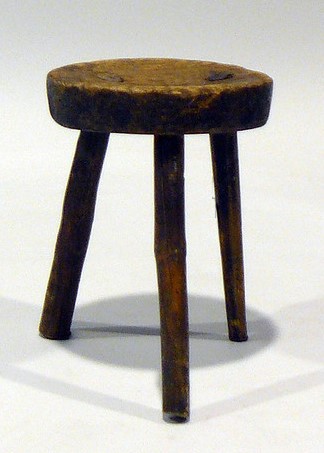 In concluding this series on the governance and some of its key structural problems in churches, it should be recognised that it is not always possible to adopt the ideal arrangement. Some people function as elders despite not being especially gifted for the size and scope of the role required. Similarly, boards might include certain people out of necessity, simply because a role has to be performed. The need for volunteerism (often from a small starting pool) means people serve for a time to facilitate a function. Some churches just prefer alternative approaches to those that others advocate and what actually works sometimes does so because it is adapted to the unique blend of people available and involved. Often, though, churches don’t question their existing structures and inherit avoidable problems.

Conflict can spill over from brewing frustrations that develop over quite different expectations and understandings of how key roles should work. Twenty-first century requirements have to be reconciled with first-century biblical texts. Flexibility and grace is often needed to adjust and adapt in the midst of busy meeting cycles and pressing needs, with too few people to help out.

Of course, governance can be performed by an executive team so that a separate board is not even needed (unless stipulated in the church’s constitution, which can naturally be changed). This simply creates an eldership who enacts governance tasks, which is little different to a board assuming the role of eldership, with perhaps only the starting mix being a different group of people. Given that the governance functions are required, though, it is far likelier that two groups will perform separate roles more effectively, and this means more people serving and with a smaller ‘step up’ for the board members, in particular. The key is that the roles of eldership and board are different.

Therefore, church boards that confuse Biblical Eldership with Corporate Governance often display certain traits, the five examined yesterday along with the following (even though there can be many more related to specific tasks and even though ministers also inevitably make leadership mistakes along the way).

6. They neglect to distinguish between elders and deacons and their different responsibilities on the board.

If biblical ‘elders’ are present on the church board, it will be because the deaconing function of governance is best suited by them being involved and because they have a clear role to contribute to the board team. To call board members ‘elders’ and thus, by implication, project biblical qualifications and responsibilities that are not suitable, can unfortunately create an unnecessary burden. It may also contribute to overlooking certain compliance roles that the people in the team are responsible for in their service to the church. A board just does not need to sit at ‘the top of the tree’ and can submit itself to the spiritual authority of the leadership provided by the ministers as the true elders, even though it must also enact accountability. Humility makes this possible. If a small church needs elders in addition to a board, so as to avoid an autocracy (given the New Testament’s implication of plurality), then input from external authorities may help. So too will the realisation that the growth of the church may need those ‘doing the work of an elder’ (borrowing from the terminology of 2 Timothy 4:5) to eventually vacate their role as the church grows and then appoints people more suited to new needs.

7. They minimise the call, expertise and experience of ministry leaders by presuming that everyone leads together.

Church boards, as for any team in a church, will inevitably exercise some leadership and therefore some influence on others. The overall leadership of the church and its mission, though, is not their role or their call. Governance is altogether different. The minister should not presume to override church values or bypass responsible financial planning and risk management, but should also not feel squashed by excessive bureaucracy. Likewise, they should not feel that leadership is required to be democratic in areas entrusted to their care or that they are somehow an employee carrying out the vision of the board. Most ministers are more capable and better practised than many will allow them to demonstrate and yet ministers have limits to their training and expertise, too, so collaboration is important. This is not, however, the same as leadership, a function which is proven to be undervalued by those who, despite having the power to release and affirm it, choose to democratise and regulate it instead.

8. They deprive themselves of spiritual and role growth if collective provision of accountability is not balanced with individual subordination.

God gives grace to the humble (James 4:6, 1 Peter 5:5) and this requires Christians to willingly surrender to the leading of God in their lives. Voluntary submission to each other (Ephesians 5:21), though, ultimately requires even the proudest and longest-serving board member to yield to people, especially the formed, trained and devout leader who will often be the best-placed and most experienced resource for senior servants in the life of the church. A great test is seeing whether such people will allow a minister to speak into their weaknesses or vulnerabilities. Ministers need to be accountable for their leadership and management but without the ‘superiority complex’ of board members forgetting that, with the multiple hats that they sometimes wear, they are Christians and church members first and foremost. Even as employers or decision-makers, humility dictates that such roles belong to a group and never an individual.

9. They involve people who wrongly believe their role is to protect the church from change they don’t like.

Being custodians of values can become confused with protecting the methods through which they are outworked. Rather than consider the future needs of a church that their grandchildren would be proud to belong to and become involved in, some board members unwittingly facilitate a protectionist mentality that safeguards the safe and commits to the committed. Although values should responsibly be upheld, the specific outworking needs leadership expertise and contemporary relevance for those yet to come to faith. Preferred worship styles or systems are surely dispensable when most of these are too closely and emotionally related to the joy of people’s past experiences which were great back then, but unreproducible now. Also, the teaching supposedly ‘needed’ by established Christians who should actually be self-feeders, mostly needs to give way to practical and straightforward messages for new and emerging Christians who are still growing, just as the old guard once received themselves. After all, busy mission-focused Christians seldom have time for indulging in detailed theology that educates them well beyond the level of their obedience. Boards need to govern for change, not change for change’s sake, but change that bridges the Gospel to new generations of Christians who need to be attracted by God working through ministers of vision and faith.

10. They forget that the organisation’s strength is served by the collective unity of a board, and not by the individual responsibility of its members.

Board members sometimes think that they are more senior by virtue of the board employing and reviewing the minister. In actual fact, the board’s power is in its collective role, and that power can be abused. Decision-making also requires (or should require) the input of the group and not the will of a power broker or a voting bloc. The humility and servanthood that supports vision, too, means a healthy board can function regardless of who chairs the board’s meetings, even allowing the senior minister to do so if they are best suited or if that can help avoid the creation of dual leadership. Naturally, any member would be excluded from discussions in which they have a conflict of interest, including the senior minister (e.g. for salary and contract discussions). All parties should have an equal voice in board meetings, but not all are equal in their contribution to (or expertise on) a particular matter.

Finally, addressing the above is no guarantee that boards, ministers or churches won’t make further errors. Failure to lodge an annual report on time can result from planning issues, failure to develop a suite of well-considered policies can reflect governance on the run, and a lack of risk planning is often due to blind hope that all is well (usually under the guise of faith), and simple mistakes happen, too. We are all human and the journey is a dynamic one, never a perfect science. When congregations are still reeling from the ravages of COVID on their volunteer base, though, it is more important than ever to commit to the invigoration of a fresh, relevant and empowered discipleship experience in our churches that compels others to follow Christ and not simply to join an organisation. It is for such a kingdom goal that church governance must surely be as strong and robust as possible. Jesus is still the Lord of his Church, seeking to compel people to follow him, and that surely needs the best that any of us can bring to the table. 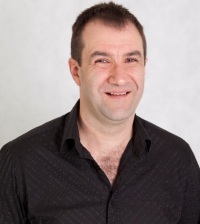